We have two walls that have a 75mm expansion joint betwen the ends. When trying to model this initially we couldn't get the walls to stop joining "automatically" until we noticed the Edit Wall Joins button which wakes up the Disallow Join button.

Thanks to Simon Jones for showing me this.

We have probably all done this.

When creating a workset for our Cad models if you forget to uncheck the box that says "visible by default in all views". Every time you create a view all the Cad files come in with it.
There is a fix.

Thanks to Mike Jones for this tip.
Posted by Mike Hacker at 16:19 No comments:

Thank you to those that took the time to point out a better way.
Posted by Mike Hacker at 09:37 No comments:

We have been re-branded and as a consequence our logo has changed.

I have updated our Revit template, but, any projects that are already up and running will need the new drawing sheet loaded in. Unfortunately in Revit you will have to do this manually.
The new sheets can be found in \masterdocs\CAD\Revit\Waterman Library\Drawing Sheets
If you are using any project specific drawing sheets these will also need updating to show the new logo. If you require any assistance doing this then please contact me.
Posted by Mike Hacker at 09:19 No comments:

We have a new Family for putting recesses in slabs.

Once loaded it will appear in your project browser under Geneeric Models.

Once loaded you can drag and drop it onto your slab, but, the trick is to select Place on Face from your options menu. 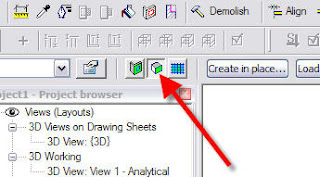 Once in place you can resize it by using the drag handles or via element propertes. 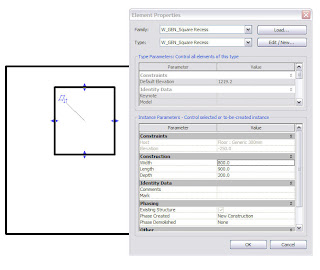